PORTUGAL IS A COUNTRY IN SOUTHWESTERN EUROPE ON THE IBERIAN PENINSULA.

The Atlantic archipelagos of Azores and Madeira are part of Portugal and occupy strategic locations along western sea approaches to Strait of Gibraltar. Portugal is bordered by Spain and the Atlantic Ocean. Portugal is mountainous north of the Tagus River. The government system is parliamentary democracy republic. The chief of state is the President and the head of government is the Prime Minister. Portugal has a service-based mixed economy in which the government has privatized many state-controlled firms and liberalized areas of the economy. Portugal is a member of the European Union (EU).

At the heart of Portuguese cuisine is the use of quality ingredients prepared simply to preserve their distinctive flavors. On the surface this may sound plain, but it’s not. Rich Mediterranean and Moorish influences and the wide variety of available ingredients have given the Portuguese cook the best flavors and textures to work with, so there is very little need for complex preparation.

Portuguese food is renowned for being lusty and robust. Because Portuguese cuisine is easy to prepare, and uses very basic equipment, it is often described as peasant food. Some of the most popular Portuguese dishes can be made in a single pot over an open fire. The use of seasoned pork, strong olive oil, garlic and onions contributes to the image of strongly flavored, simple cooking. This is Sunday dinner fare designed to satisfy the appetite and reinforce the bonds of home and family. 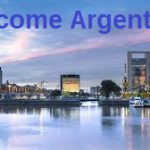