We are deeply saddened to announce the untimely death of Gintautas Zuikaitis (Lithuanian BBQ Association) on November 1st (1963 – 2015).

Always smiling, positive minded and full of ideas, Gintautas was one of the best, most interesting and most talented Lithuanian cuisine chefs and cook. He contributed greatly to the gastronomic history of independent Lithuania.

During more than 30 years of his career Gintautas developed over 5000 recipes and raised a number of Lithuanian chefs. His precision, punctuality and honest approach to work was appreciated in the best restaurants in Lithuania and abroad.

He always cared about the future of the restaurant business and encouraged the younger generation to learn, and to achieve the highest quality.

In 2000, he contributed to the establishment of the Lithuanian Restaurant Chefs and Confectioners Association (LRVVKA), and became its first president. Together with this Association, he organised the first Lithuanian Grill Championship. After four years, Gintas founded the National Association for Grill and Barbecue (later renamed the Lithuanian Barbecue Bakers Association. After a year he stepped back, but remained its unofficial leader and inspiration. 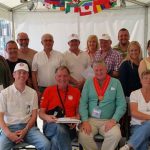 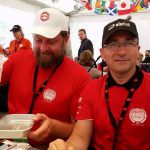