Some of you might know me from Limerick where we became WBQA World Champion with our German team BBQ Wiesel in 2017: Oliver Sievers, from Germany, born and bred in Bochum.

I have been active in the world of BBQ since 2002 and started competing in 2013.

Originally carpenter by trade I used to combine my passion for BBQ with my day job. However, I have dedicated myself fully to BBQ since 2017: catering for events, as BBQ MC, contact person for press & media, Meat Sommelier, author for a variety of BBQ books, lecturer at the Butcher School Augsburg, you name it; there are many opportunities for a Grill Champion to do what he loves most whilst making a living.

Born in 1972 I look forward to applying my international experience now to the role of WBQA President.

2018 Grand Champion at the biggest BBQ outside USA / Ruhrpott BBQ 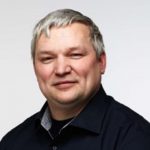 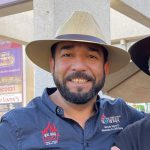